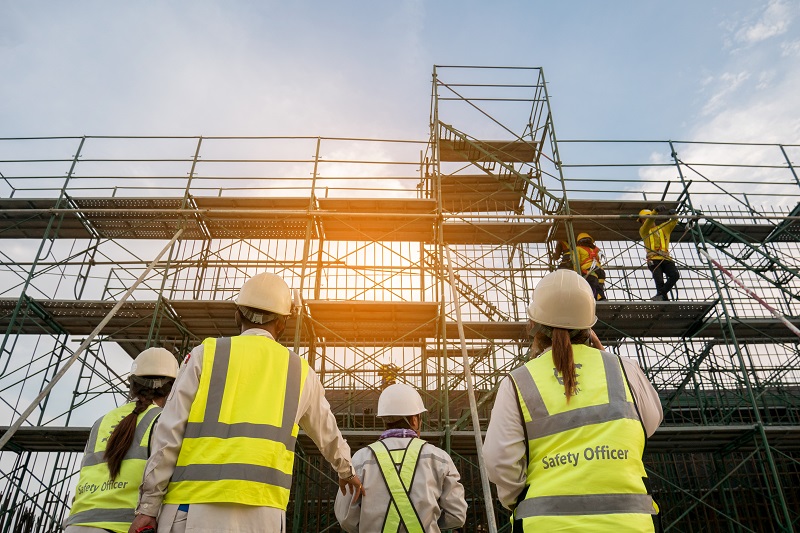 An HIA Member Alert was posted on December 3, 2019 notifying members that WorkSafe inspectors are concentrating on fall prevention and scaffold safety right across Victoria during the next few months.

The scaffold safety and risk management process is of supreme importance in identifying, assessing and controlling risks. The Compliance Code provides the guidelines for duty holders in construction work, under the OHS Act.

On February 3, 2020 at a construction site in Fortitude Drive, Craigieburn, in Melbourne’s northern suburbs, a large section of scaffolding around a three-story building failed. The collapse crushed a car and two workers.
The two men were rushed to hospital with serious injuries. Three other men were also hurt but went to hospital in stable condition.

There was a vastly worse outcome at a building site at Macquarie Park in Sydney on April 2, 2019. An eighteen year old apprentice form-worker lost his life when a large pile of building materials and scaffolding fell on him and another worker at a mixed-use residential and commercial building site.

The cement bricks and steel fell from a height of 17 meters. Bricklayers had been working in the scaffolding, but saved themselves by jumping to a balcony when the steel started to fail. The injured men were working at ground level, when the structure collapsed on top of them. The apprentice’s mother was at the site delivering coffee at the time of the collapse.

There were tense and confrontational scenes as workers and police struggled to deal with the dangerous conditions, with fears of a further collapse and more injuries. The workers were desperate to help their trapped workmates, but the police had to prevent initial rescue attempts until the mass of tangled materials could be assessed.

A dozen emergency crews attended the accident and it took an hour to rescue the older man, who survived.

Strict adherence to the Compliance Code is critical for construction site safety in reducing and controlling risks associated with scaffolding.