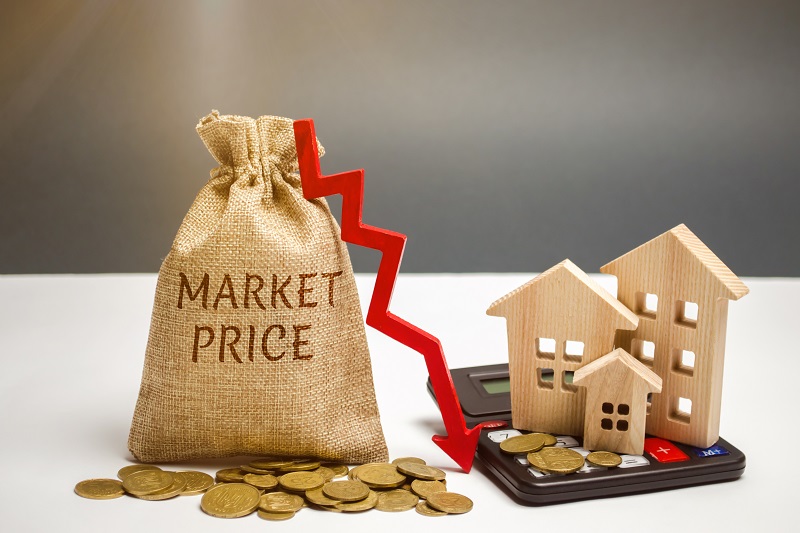 Over $150 billion has been slashed from the value of Australia’s homes in the last 6 months, with the Reserve Bank giving strong indications further interest rate cuts are in the pipeline.

Official Australian house price figures released by the Australian Bureau of Statistics in mid June confirm Melbourne and Sydney are driving the slump. The data shows Melbourne had its first quarterly price fall in seven years. Sydney has had a third consecutive quarter of house price falls and first full year decline in values since the 2012 March quarter.
In fact all capital cities showed a price decline in the March quarter.

Also newly released are the Reserve Bank’s minutes regarding national residential construction activity. RBA members referred to bogged down building approvals which have declined by over 20% across the last year, and now having declined further in April 2019 means that even with a distinct turnaround in sentiment it would take considerable time to translate this into increased construction activity.

Although the speed of falling values in Melbourne and Sydney has slowed compared with earlier in 2019 the Reserve Bank said Perth’s values had “declined markedly”.
The RBA minutes noted that “the housing market will be impacted by the removal of the uncertainty about changes to taxation” – an election outcome if Labor had won.
The RBA also discussed “APRA’s (Australian Prudential Regulation Authority) proposal to adjust its requirement to banks to determine loan applicants’ capacity for borrowing using a specified minimum interest rate”.

Although improving clearance rates In Melbourne (moving from around 50% at the start of the year into the 60% range by June) suggest that home value falls are stabilising, the Reserve Bank stated it was “too early” to determine the overall effects of this increase in rates.

RBA members clearly indicated that interest rates “would be lower in the period ahead” and that it was appropriate that an easing of monetary policy “would be appropriate”.

The Reserve Bank was keeping a sharp watch on the unemployment rate knowing that developments in our labour market are critical when deciding whether more interest rate cuts are needed.

The RBA stated that a lower level of rates would support “growth in the economy, thereby reducing unemployment”.

Speaking at a property industry summit, Jonathon Kearns, RBA’s head of financial stability said a lift in mortgage arrears did not represent a threat to stability. Tighter lending standards had made it harder for some borrowers to refinance loans. Kearns said of the reports of increasing loan arrears, that banks were allowing loans to stay in arrears longer as a possible response to past “poor lending decisions”.

Kearns noted that in an environment with dropping home values, letting a borrower remain in arrears longer increases exposure of both the borrower, and the lender to more loss.